Rio On Location: Parque Lage in 'The Expendables' 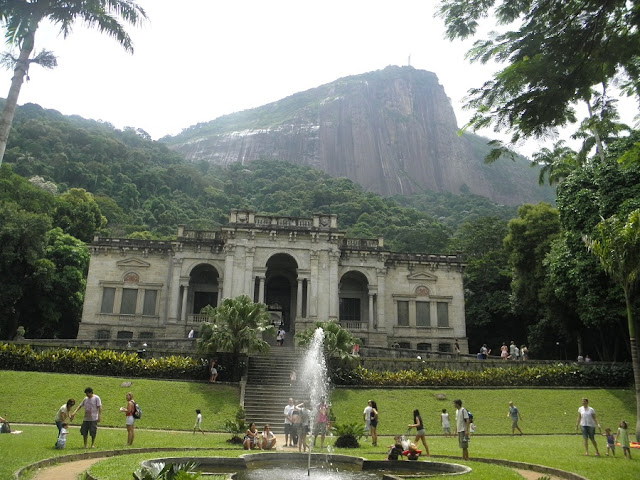 Photo by Fran Mateus At the foot of the 'Christ the Redeemer' statue are some of the most relaxing green areas in the city, where the silence is only interrupted by the sound of birds, waterfalls and horses. One of these areas is called Parque Lage . Comprising a turn of the century mansion and a well-groomed garden, the public park has been home to a love story and used as a movie set in The Expendables (2010), directed by Sylvester Stallone, who also stars in the movie. Photo: Lionsgate In it, the park’s mansion becomes the home of the villain in the story, General Garza (David Zayas). Silvester Stallone plays the role of Barney Ross, the leader of a group of professionals specialized in gun-handling, who were hired to rid Garza and his moneyman, Monroe  (Eric Roberts) from control of Vilena Island. On their first visit to the island, Ross and Lee Christmas (Jason Statham) are introduced to Sandra (Gisele Itiê), a local who helps them on their venture. Wor
Postar um comentário
Continue lendo ...
Mais postagens